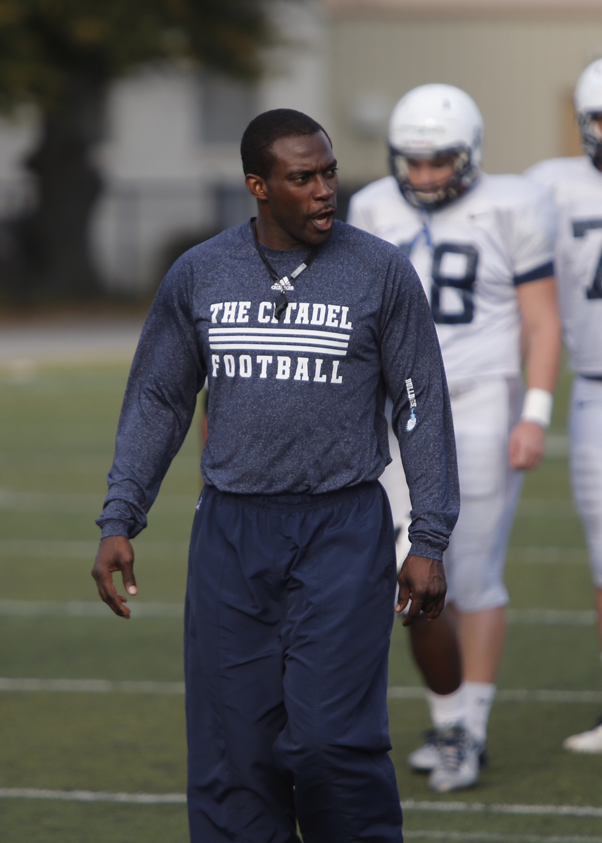 For a while there, Citadel fans might have been unsure if they were watching a football game or a TV special from “Shark Week.”

The feeding frenzy reached its apex at the end of the third quarter, when The Citadel defense sacked Gardner-Webb quarterback Lucas Beatty on three straight plays.

Defensive end Mark Thomas broke free to sack Beatty on first down; tackle Mitchell Jeter bulled his way to the QB on second down; and defensive end Justin Oxendine got Beatty for an 8-yard loss on third down.

And on fourth-and-35, Gardner-Webb punted.

All told, The Citadel racked up a school-record 10 sacks. That’s two more than the previous Citadel mark of eight sacks, reached three times, most recently in 2005 against VMI.

Jeter had 2½ sacks, while linebacker Tevin Floyd, Thomas and Oxendine had two each. Linebacker Carson Smith had the most costly sack, a strip-sack that led to a fumble and The Citadel’s first forced turnover of the season. And freshman lineman Jonathan King chipped in with a half-sack.

Gardner-Webb had two starting linemen out with injury, but it was still a remarkable performance. Wofford had just one sack of Beatty in last week’s 43-36 loss to Gardner-Webb.

“We had not forced a turnover yet, and the best way to force a turnover in our defense is to get back there and pressure the quarterback,” said Oxendine. “We wanted to pressure him and get those sacks and those forced fumbles. That was a big emphasis this week.”

All told, The Citadel had 12 tackles for loss and held Gardner-Webb to minus-2 yards rushing, tied for the third-lowest total in Citadel history.

“We were able to move around some and keep the offense on their heels, keep them guessing,” said Floyd, who had eight tackles. “That’s what we practiced all week, working on keeping the quarterback out of his comfort zone.”

“It came down to a matter of execution, and we weren’t able to execute as well as needed down the stretch,” said McCray. “We showed some immaturity in some areas. The turnover at midfield hurt and The Citadel strung some scores together. The proof is in the pudding. We have to go back and correct some things to get better going forward.”