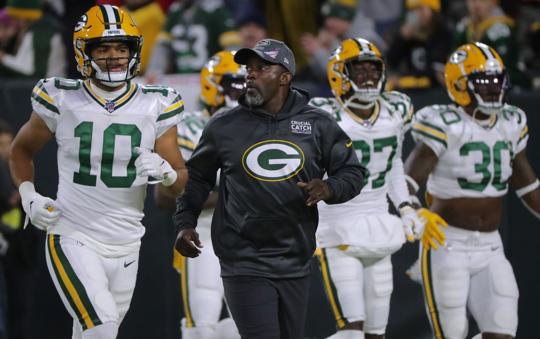 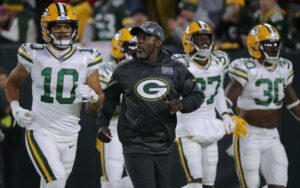 GREEN BAY – The Packers have named Maurice Drayton as their new special-teams coordinator.

Drayton, 44, joined the Packers’ coaching staff on Jan. 24, 2018, and has served as the team’s assistant special-teams coach for the past three seasons.

“He’s an excellent teacher and excellent communicator. He’s got so much energy and enthusiasm and just think he can really elevate our level of play in that area,” said Head Coach Matt LaFleur of Drayton. “Had the opportunity to interview him in the first go-around. Was super impressed with him. I didn’t know a whole lot about him, having never been around him. And after being around him for two years now, I think it was a matter of time before he was going to get one of these other opportunities that presented themselves outside of this building. So, did not want to lose a guy like Mo Drayton.”

1. While hired in 2018, Drayton previously interned with the Packers

Back in 2009, while Drayton was an assistant coach at South Carolina State, he interned with the Packers’ coaching staff as part of the Bill Walsh Diversity Coaching Fellowship, designed to use NFL clubs’ training camps, offseason workout programs and minicamps to give minority coaches opportunities to network and gain experience. “I was able to get a foundation of what it really means to be in this area,” Drayton told reporters after he was hired by the Packers in 2018. “That’s why I’m so excited to be back here because I know how special this place is and I’m ready to be a part of it and help it continue to grow.”

2. He was part of an accomplished special-teams unit in Indianapolis

3. Drayton played at The Citadel

Drayton, who father served in the Marines, played cornerback at The Citadel in Charleston, S.C. He recorded 145 tackles, 17 passes defensed and three INTs in his career for the Bulldogs. He graduated with a bachelor’s degree in physical education and a master’s in secondary administration. “I was always an undersized kid,” said Drayton in 2018. “Playing football, I got my start through special teams. I fell in love with special teams and it’s kind of brought me where I am today.”

4. He also got his start in coaching at The Citadel

Drayton got into coaching immediately following his playing career at The Citadel and coached there for 12 years over two separate stints. He began as a graduate assistant/secondary coach in 1999, followed by one season as tight ends/offensive tackles coach (2000), receivers coach (2001), outside linebackers coach (2002) and finally secondary/special teams coach/recruiting coordinator, which he did from 2003-05. As a recruiter, Drayton brought in receiver Andre Roberts, a two-time Pro Bowl punt and kick returner with the Buffalo Bills. Drayton returned to The Citadel in 2014, serving as the assistant head coach, defensive coordinator and cornerbacks coach for two seasons.

5. Drayton has never been afraid to work…or travel

Drayton’s coaching career has taken him all over the world. While coaching at The Citadel, Drayton also served as an assistant coach for the Charleston Swamp Foxes, in now-defunct arenafootball2. In 2006, he was hired as the defensive coordinator of the Seinajoki (Finland) Crocodiles. “We were located in Seinajoki, Finland. You played within the country of Finland,” Drayton told Colts.com in 2016. “If you were part of the European Series, which is really Scandinavia, we had games against teams in Sweden, went to Russia. But while you’re there, you are able to do a lot of traveling. I went to the Arctic Circle, which was cool. I went to Santa Claus’ house. I know people are like, ‘What do you mean?’ There’s an actual Santa Claus in the Arctic Circle and we went to his house.” In 2013, Drayton served as a guest coach (defense/special teams) with the Montreal Alouettes in the Canadian Football League.