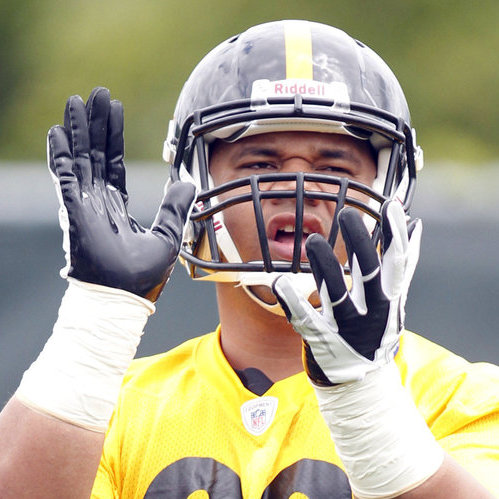 Alameda Ta’amu was said to have turned his life around this off-season. After an arrest for drunken driving and a slew of other unsavory incidents, Ta’amu was released from the team, and signed back to its practice squad.

He fought to make this year’s team. He shed 30 pounds. He was in shape, but a pulled hamstring cost him the first part of training camp.

That may have been enough for undrafted journeyman Hebron “Loni” Fangupo to pull ahead of him and presumably battle for back-up duties at nose tackle behind starter Steve McLendon.

Ta’amu was cut and still could be signed to the Steelers’ practice squad if he clears waivers.

As for Fangupo, the deeply spiritual and overly powerful 0-technique prototype, a long battle to get a spot on the team ends in something of an upset victory over the 2012 fourth round pick.

For the team, it’s exactly that; a busted fourth round pick. Whether that’s by Ta’amu’s doing or by the Steelers’ lack of ability to develop him, it’s a bittersweet day; the feel-good story of Fangupo comes at the realization the Steelers traded up for a fourth-round pick who did not play a down for the team.